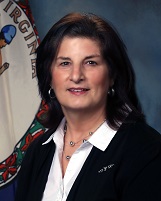 Maria Everett serves as chair of the Virginia Alcoholic Beverage Control Authority Board. She was formerly a senior attorney at the Division of Legislative Services and director of the Virginia Freedom of Information Advisory Council. She staffed legislative committees including serving as counsel to the House Committee on General Laws. She has drafted legislation impacting the regulation and sale of alcoholic beverages, including the Authority legislation. She also drafted and analyzed legislation around state procurement and public disclosure. She earned her Bachelor of Arts degree from Virginia Tech and a Juris Doctor degree from the George Mason University School of Law. 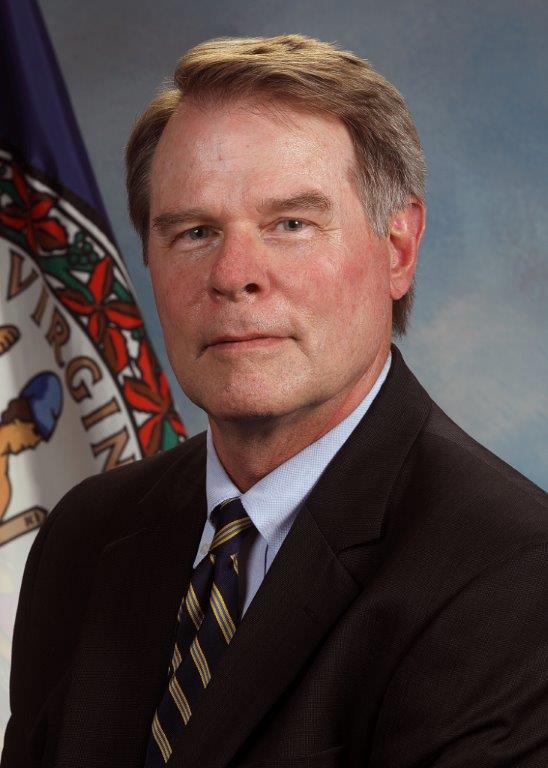 Greg Holland has been a litigator in Virginia for nearly 40 years, specializing in personal injury and insurance law. He is a member and past president of the Bar Association of the City of Richmond. He served on the Judicial Nominations Committee of the Virginia State Bar year for three years, the last year as co-chair. Holland has been chosen a Virginia Super Lawyer for more than ten years. Since 2013, he has been selected each year for inclusion in Best Lawyers in America in four categories. Holland graduated from Hampden-Sydney College and earned his law degree at the University of Richmond T.C. Williams School of Law. 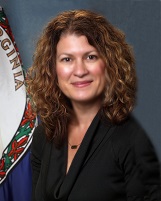 Beth Hungate-Noland serves as vice chair of the Virginia Alcoholic Beverage Control Authority Board and is a managing director at Markel Corporation. Prior to joining the Richmond-based diverse financial holding company in 2018, she was a partner at the law firm of Williams Mullen where she specialized in corporate law and governance. She earned a B.A. degree in criminal justice from Roanoke College and a Bachelor of Arts degree in political science from Armstrong Atlantic State University. She received her Juris Doctor degree from the University of Richmond School of Law. 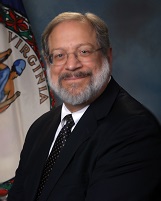 Mark Rubin is the executive director of the Virginia Center for Consensus Building at Virginia Commonwealth University and a member of the McCammon Group. He is a former senior advisor and counselor for then-governor Tim Kaine. He graduated Phi Beta Kappa from the University of North Carolina at Chapel Hill and earned his Juris Doctor degree from the University of Virginia School of Law. 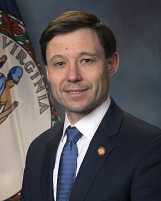 As Chief Executive Officer, Travis Hill serves as the head of Virginia ABC and works with the newly appointed five-member Board of Directors to set the course and strategic objectives for the authority. Prior to his appointment as CEO, Hill served as Virginia ABC's Chief Operating Officer after being appointed to that position by Governor McAuliffe in October 2014. During his time as COO, Hill focused on increased revenue, a modernization of business practices and agency infrastructure and enhancing regulatory service provided by the Bureau of Law Enforcement. He continues to lead ABC through its transition from an agency to an authority structure. Before arriving at ABC, Hill previously served as Deputy Secretary of Agriculture and Forestry, having been appointed by Governor McAuliffe in January 2014 after serving in the same capacity under Governor McDonnell since July 2011. Prior to that, Hill worked eight years as an attorney in the Richmond office of Williams Mullen representing a wide variety of clients before the Virginia General Assembly, the State Corporation Commission and other regulatory bodies, including Virginia ABC. Hill received both his Bachelor of Arts and Juris Doctor degrees from the University of North Carolina at Chapel Hill. 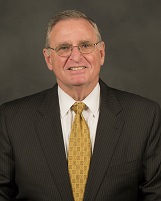 John Daniel is Virginia ABC’s Government Affairs Officer (GAO). In this role, Daniel collaborates with and serves as an advisor to Virginia ABC’s Chief Executive Officer and executive team members through the analysis and interpretation of laws and government policies, considering their potential impact to the authority. Daniel manages the authority’s Hearings Division, the Legal Liaison Office and the Legislative and Fiscal Policy Officer. Daniel acts as a liaison between the Virginia General Assembly and the authority. He advises on internal policies, plans and programs to ensure consistency with corresponding government regulations and laws.

Prior to joining ABC, Daniel served as a Deputy Attorney General for Virginia where, among other things, he supervised the legal services provided to ABC. He began his career with the Division of Legislative Services and the Office of the Attorney General and has also served as Virginia’s Deputy Secretary of Commerce and Trade. Most notably, in 1986, Daniel was appointed by then-Gov. Gerald Baliles as the Commonwealth’s first Secretary of Natural Resources.

Following that, Daniel transitioned into the private sector, working for several law firms including McGuireWoods where he worked for nearly a decade, serving as counsel and later being named partner. He subsequently worked as a partner at Mays, Valentine (now Troutman Sanders) and also at Williams Mullen. During his time in the private sector, Daniel represented Virginia ABC licensees at hearings before the agency’s board. 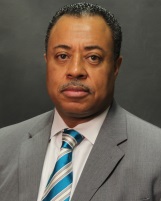 Alphonso Jerome Fowlkes serves as Virginia ABC’s Chief Administrative Officer, providing oversight for the authority’s finance and accounting, human resources and procurement divisions. Prior to joining ABC in 2019, Fowlkes was the Director of Agency Services at the Farm Credit Administration. Before that, he provided a variety of financial consulting, analysis and management services for several public and private entities including the U.S. Small Business Administration, BIA Capital Strategies, LLC, and the Federal Communications Commission. Fowlkes has also managed financial portfolios first as assistant vice president at Bank of America, and as vice president at SunTrust Bank. In addition to his work in finance, Fowlkes owned Great Clips franchise operations in Ashburn and Manassas, earning regional awards for operating excellence for the Ashburn salon. Fowlkes earned his Bachelor of Science degree from the Pamplin College of Business at Virginia Tech. He completed the American Business Association Stonier Graduate School of Banking program and holds a Master of Business Administration degree from The College of William and Mary. 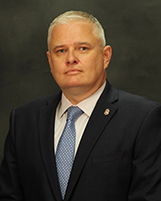 Chief Kirby’s educational accomplishments include associate and bachelor degrees in criminology from St. Leo University and a graduate certificate from the University of Virginia. He is a graduate of the Federal Bureau of Investigation National Academy (FBINA) and the University of Richmond's Professional Executive Leadership Program (PELS). 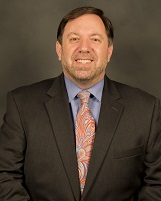 Jeff Reeder is Virginia ABC’s Chief Retail Operations Officer (CROO). Reeder oversees ABC’s Logistics, Retail Operations, Marketing and Real Estate divisions. In this role, Reeder manages retail performance and seeks to optimize Virginia ABC’s store network and create an exceptional customer experience. Prior to joining the authority, Reeder served as Director of Gasoline and Retail Operations for Virginia-based Davis Oil Company. He previously served as Executive Director of Retail for the Choctaw Nation of Oklahoma, a federally recognized Native American tribe. In addition he worked for 14 years as a marketing manager for 7-Eleven where he functioned as Chief Executive Officer of a 100-store, $150-million business unit. Reeder earned his Bachelor of Arts degree from Lynchburg College. He also holds a Master of Business Administration degree with a concentration in operational efficiency from the University of Scranton in Pennsylvania. 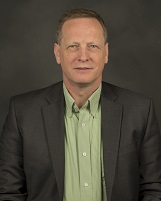 Paul Williams serves as Virginia ABC’s Chief Information Officer (CIO). Prior to joining ABC, Williams was an interim CIO for Bowlmor AMF, the largest operator of bowling centers in the world. Before that, he served as CIO or Vice President of Information Technology for several other companies including children’s clothing retailer, The Children’s Place, and Alvarez & Marsal Holdings, Inc. Since joining Virginia ABC, Williams has restructured the Information Technology department into core functions for better efficiency, created a portfolio steering committee to manage the authority’s portfolio of projects and created an IT strategy and roadmap for Virginia ABC systems. He serves as a communications portal between the Board and agency leadership and the IT division. Williams received a Bachelor of Science degree in Business Administration and Computing from the University of Aston in Birmingham, United Kingdom. 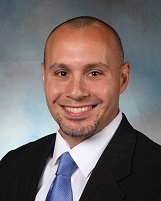 W. (Eddie) Wirt serves as Chief Communications and Research Officer at Virginia ABC. Wirt began his career at Virginia ABC in 2001 and has worked in various capacities within Research & Planning, Policy Analysis and Education before taking his current role as the Chief Communications and Research Officer in 2013. In this role, Wirt oversees the Policy, Planning and Analysis section, Digital and Web Unit, Communications Division, and Education and Prevention Section. He is also responsible for strategic planning and agency-wide performance measures, and is a member of Portfolio Steering Committee, Real Estate Committee and Product Management Committee. Wirt attended the Virginia Executive Institute at VCU with the Performance Management Group in 2013 and the Commonwealth Management Institute in 2010. Between positions at Virginia ABC, Wirt was the Deputy Director of Business Research at the Virginia Department of Motor Vehicles from 2006 to 2009. Wirt’s education includes an undergraduate degree in marketing and business law and a technology-focused Masters in Business Administration, with both degrees from Virginia Commonwealth University.

Please refer to the Commonwealth Calendar for a schedule of upcoming Virginia ABC Board meetings and for minutes of past meetings.