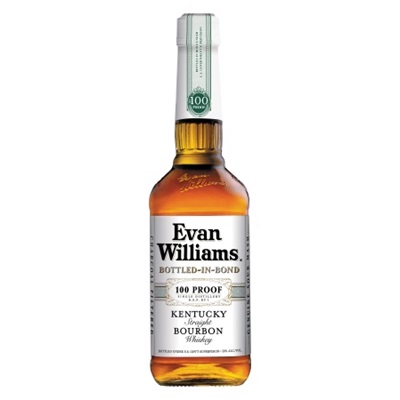 Evan Williams is a smooth, easy to drink Bourbon named after Evan Williams who, in 1783, opened Kentucky’s first commercial distillery along the banks of the Ohio River. Many years and barrels later, they are still producing bourbon with the same time-honored methods that Evan Williams did years ago. At 100 proof, Evan Williams White has a little added kick.