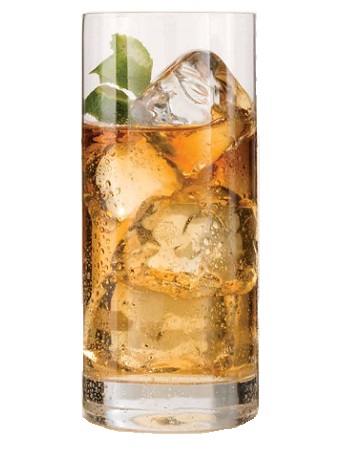 The Bourbon Rickey was the original Rickey before later giving way to the Gin Rickey in popularity. First created in 1883 at Shoomaker’s, a now defunct D.C. bar, the simple mix of bourbon, club soda and lime was a collaboration between bartender George Williamson and Colonel Joe Rickey, when Williamson added half a lime to Rickey’s usual order of bourbon, ice and sparkling mineral water. The resulting cocktail was a hit, and people started ordering the Joe Rickey, which later turned into the Bourbon Rickey or Gin Rickey depending on the drinker’s preferred spirit. While some would be honored to be credited as the inventor of a cocktail, Colonel Rickey was not. He was saddened that his political achievements were overshadowed by the Rickey and took solace in the hopes that one day his drink would fall out of fashion. It did not.

Fill a tall glass with ice. Add lime juice and bourbon. Top with club soda and stir. Garnish with a lime wedge.