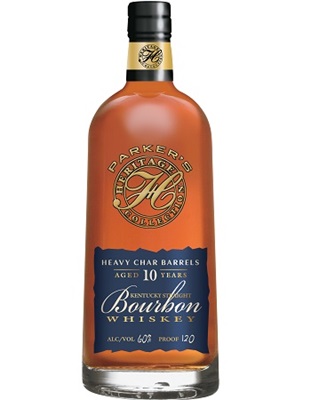 Following the success of last year’s heavy char Rye Whiskey release, the first of its kind in the series, this 14th edition of the Parker’s Heritage Collection continues to explore the interaction of the barrel and char level with varying mashbills produced within their broad range of whiskey styles. Consisting of 102 barrels – each of which was charred for one minute and 30 seconds (Level 5), as opposed to our traditional 40 seconds (Level 3) – these heavy char barrels were filled with our traditional rye based Bourbon and aged on the 6th floor of Rickhouse Y for 10 years. The higher char level allowed the Bourbon to penetrate deeper and interact more with the oak, extracting a slight smokiness along with a caramel and maple sweetness.

This product will be distributed via lottery. Shop other bourbons.